A friend of mine asked why I haven’t been posting lately. Well, life gets in the way. But also I’ve been cooking much of the same things so nothing too interesting or new, lots of Korean dishes (they need their own posts). There has been a few of things in the past month that I found interesting and new. The most recent has been homemade beef jerky and the one I’ve been most excited about. 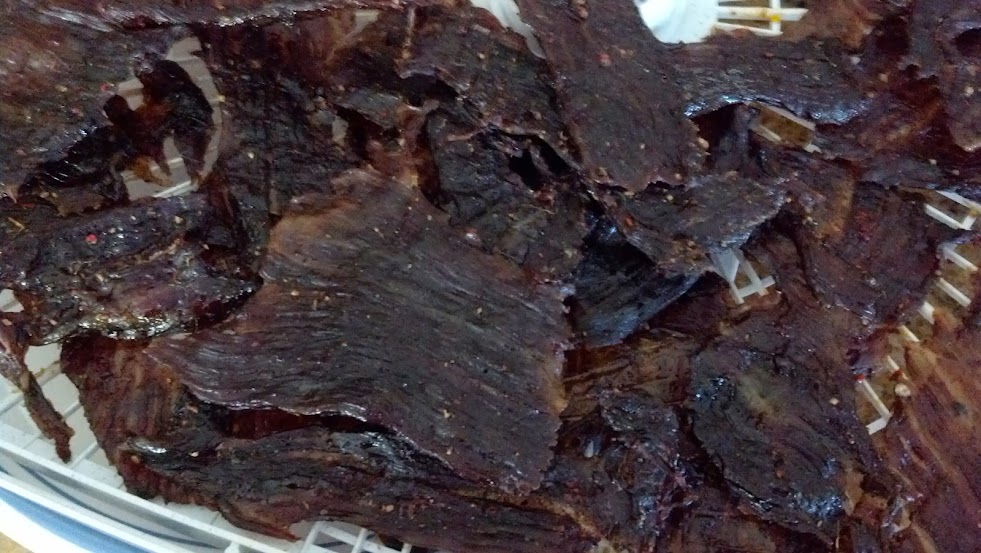 Yup, beef jerky. We love them, eat them by the pound if we had them. Years ago when Bisher’s was still in the Old Poway location (and under the old ownership), they used to carry a spicy sweet jerky that was akin to crack. Couldn’t stop eating it but it was almost as costly as its weight in gold. Could have been for all I knew. I would have sold the kids if that’s what it meant to get more. Luckily I don’t have kids. Well, that’s if you don’t count the four-legged versions. Anywho…

The notion of making jerky is not a new one, been rolling that idea in my head for quite some time. Even tried the oven method once upon a time with sub-par results. Just never got serious about it since a dehydrator would be another gizmo to store somewhere. I really didn’t want to do the whole smoker method which required that I sort of watch over the smoker all day. With a dehydrator, I could just plug it in, walk away and in so many hours, jerky! Since life is short, I said why not. I had a gift card that was burning a hole in my pocket (as the Mister claims) and so I gotz me a new food dehydrator. The Mister wasn’t convinced that it would be cost effective to make our own say to buying Jack’s. But it’s not about being cost effective but more about time effectiveness AND having jerky that’s better than what we could buy.

I got the Nesco FD-80 based on the reviews. I liked the shape of it and the ability to control the temperature. It was a bit bigger than I realized but I was glad for the size when I did my first batch of jerky. 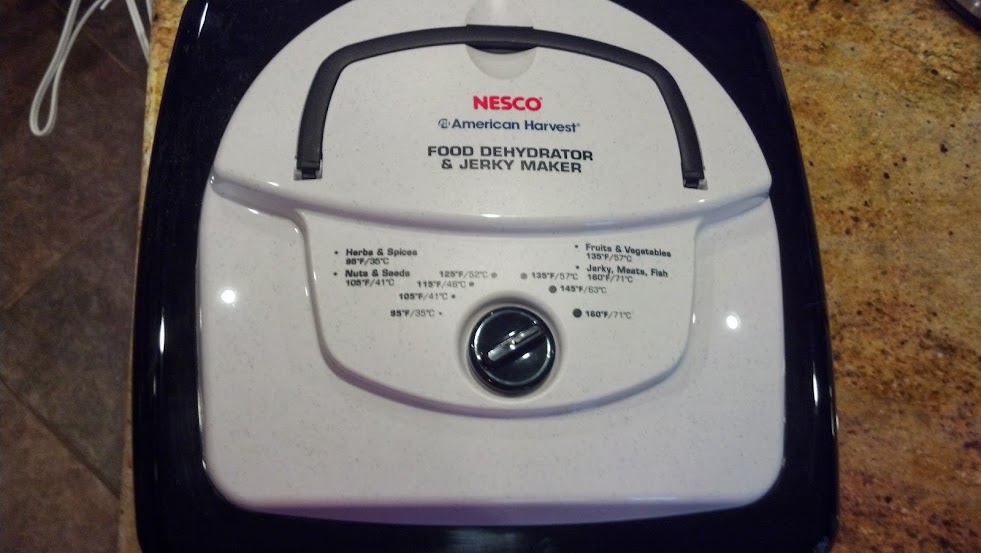 The recipe I used was pretty straightforward. I was making kalbi that day so I used the same liquid base and went from there.

Everything went into the blender for the marinade.This will marinade up to 2.5 lb of sliced beef.

I went with flank steak from Costco since flank is low in fat content. There were 2 pieces in the package but I just used one of them, about 2 lb. Sliced it without freezing it first. One hour in the freezer will make slicing easier but I didn’t this time. I removed some of the excess fat but there weren’t much. I was able to get two fairly consistent thickness, the thickest being 1/4″ and thinnest at 1/8″. Didn’t worry about the different thicknesses since the thicker ones went on the top 2 trays and closest to the fan and heat. Beef went into the marinade, into the fridge for 20 hours. It was 20 hours only because that’s what it worked out to be. Goal was to marinate overnight. I don’t know, can the meat be over-marinated for jerky? Certainly if the slices were too thin.

Next morning, drained and patted dry the meat so they weren’t soaking wet. Stacked and ready for drying! Like I mentioned, the thicker slices were on the top trays with the thickest on the outside of the trays since those areas dry faster. 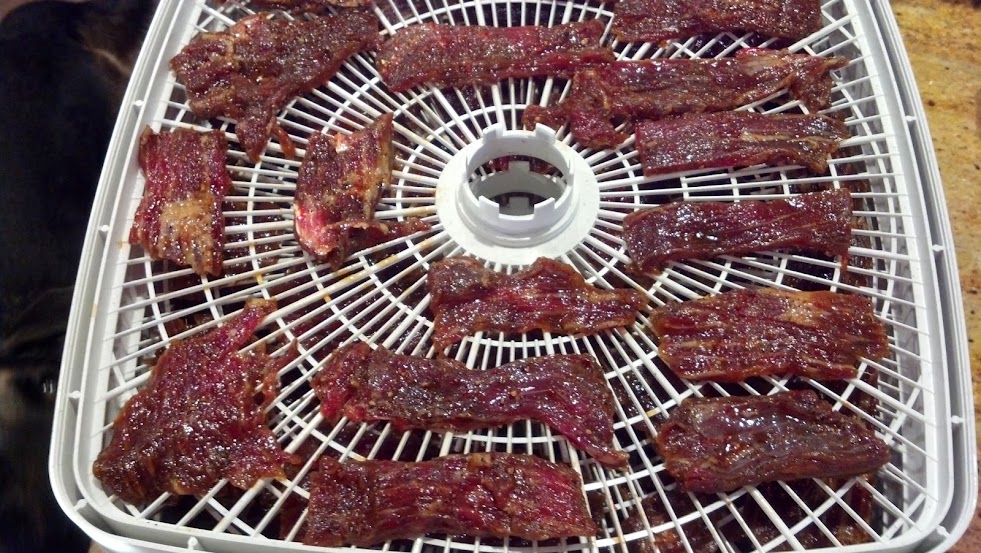 The cons of having this inside the house is that the whole house smells like a teriyaki jerky factory all day long and when it gets to the almost ready point, I found it really hard not to sneak a thin piece, for taste testing purposes of course. The pros obviously is a turn-on and leave setup, for the most part. And that you can easily sneak a piece to taste test. Also after the first few hours, my nose got used to the smell. Drove the dogs crazy.

The jerky will keep at room temperature in an air-tight container for 3-4 weeks, as if they will last that long in this house. If the jerky has some fat on them, like in some of my strips where I couldn’t trim them away without tearing the meat apart, those should go in the fridge if not eaten in a few days. Those were the ones I ate first actually and the rest went into the fridge after a few days. Got a bag of it stashed way in the back for the MIL since I promised her a bag to call her own.

So was it time consuming and did the Mister think it was cost effective? He loved the taste and said it was better than any store bought version. And since all he had to do was open a bag to have some, it was extremely time “un-“consuming for him, hehe. But really, compared to what else I’ve attempted in the past, this was quite easy in prep and clean up. Oh yeah, the trays went straight into the dishwasher. So easy.

Next batch will be an attempt to make a Paleo version for the Mister at his request. I’m planning on using tamari, lots and lots of cracked black pepper with lots of red chili flakes to give it heat. He wants it hot, he’ll get hot. If it turns out well, guess what the SIL is getting for Christmas? (Holy crap, only 77 more days as of this posting.) So stay tuned for that one in the (hopefully) near future. It’ll be a good one for those who don’t want or can’t have sweet jerky.

You are currently reading What a Jerk-y! at CAB Cooks.