For this year’s wedding anniversary, I suggested Ruth’s Chris Steak House. We’ve always enjoyed our past meals here and this one didn’t disappoint either.

When we arrived, we were led to a large booth that seats 6 people. I requested a booth when I made the reservation but I didn’t expect this! The host that walked us to the table sprinkled a handful of rose petals on the white linen table before he sat us down. I thought that was a nice touch. He wished us a happy anniversary and gave us our menus. 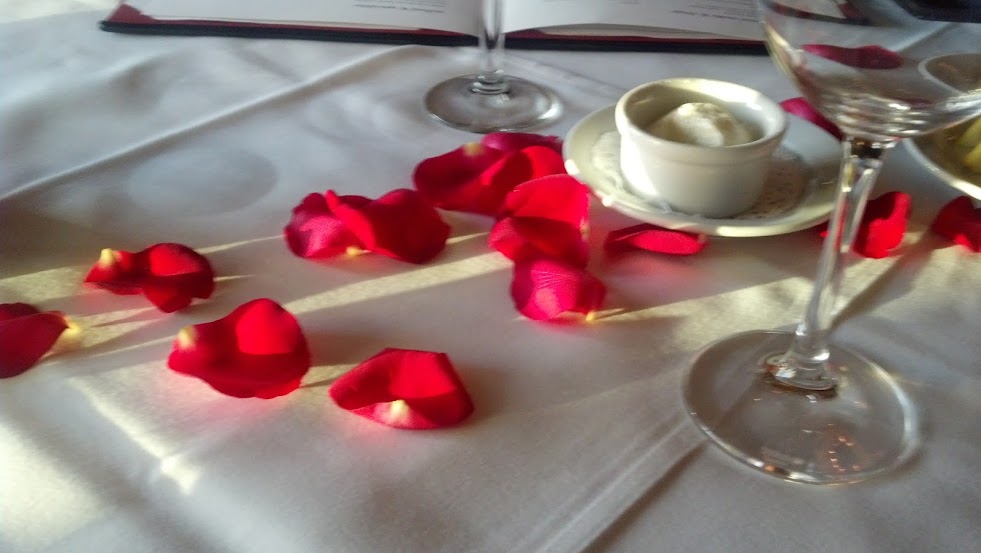 After placing our order for drinks, our server went over the menu with us since it has been a few years since our last visit. Not too much has changed with the exception of the specials menu.

The Mister decided to start off with the Tomato and Onion salad. Very nice start. 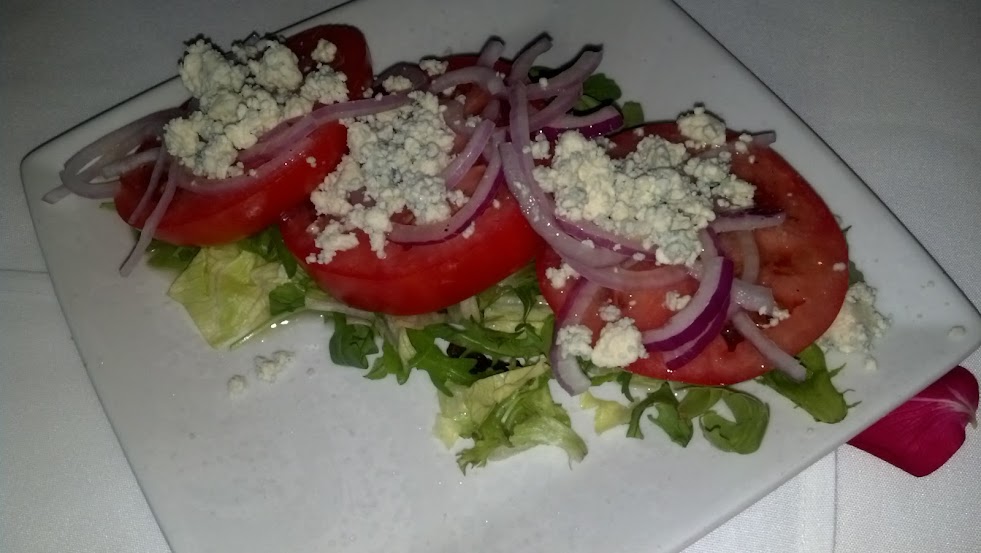 I had meat on my mind (that’s what she said) and since they had filet carpaccio as a special appetizer that night, I knew exactly what I wanted. The Mister and I actually have this deal that if we were dining out and carpaccio was on the menu, we would always order it.  Deal fulfilled. 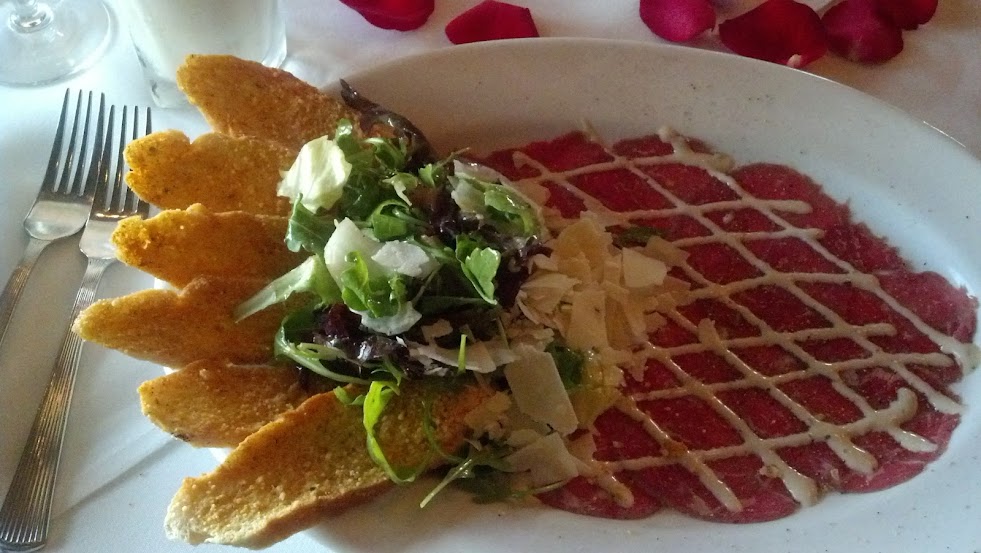 I don’t know what the deal was with all those long cheese croutons, overkill if you ask me but they were tasty. I only ate one of them. The carpaccio was awesome. I like the little side greens and generous amount of shave parm.

Apologies for the quality of the remaining pictures. I was losing natural light and the flash made much of the dishes washed out.

For sides, we usually each pick one. I chose shoestring fries as my side. (eegad, that picture is awful) This was really good! Enough to share. 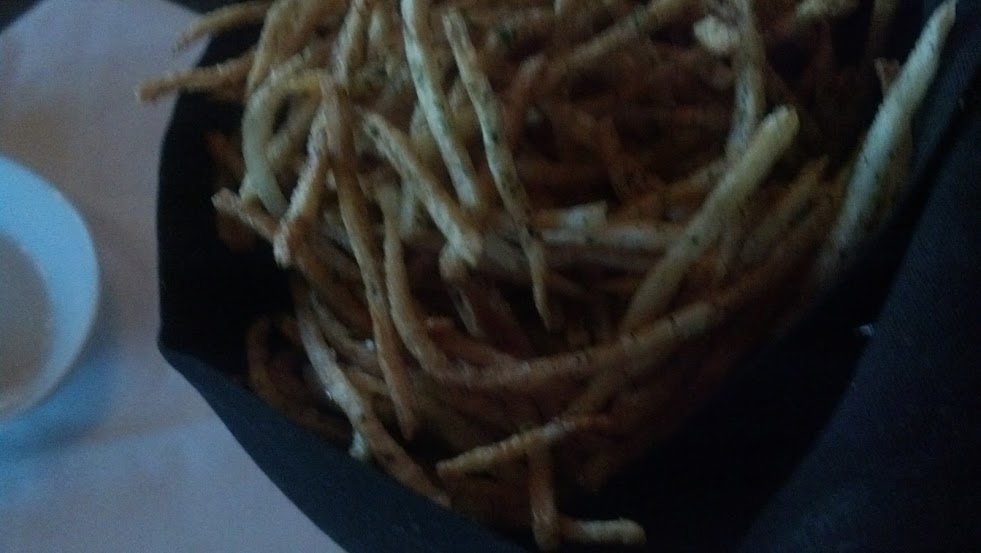 The Mister chose cream spinach. This was really good! A side of ketchup for the fries. 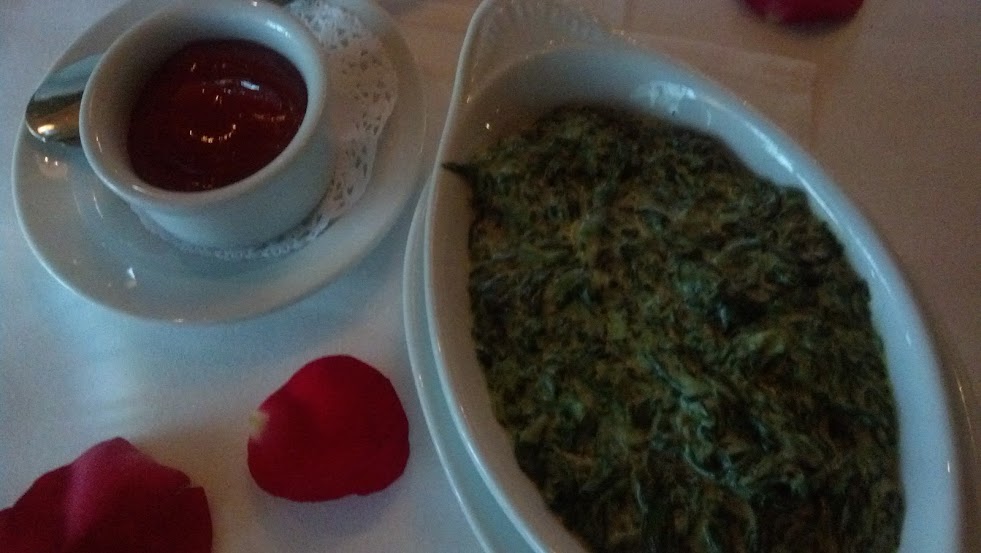 The Mister got his usual, New York strip, cooked to a perfect medium-rare, with the blue cheese topping. 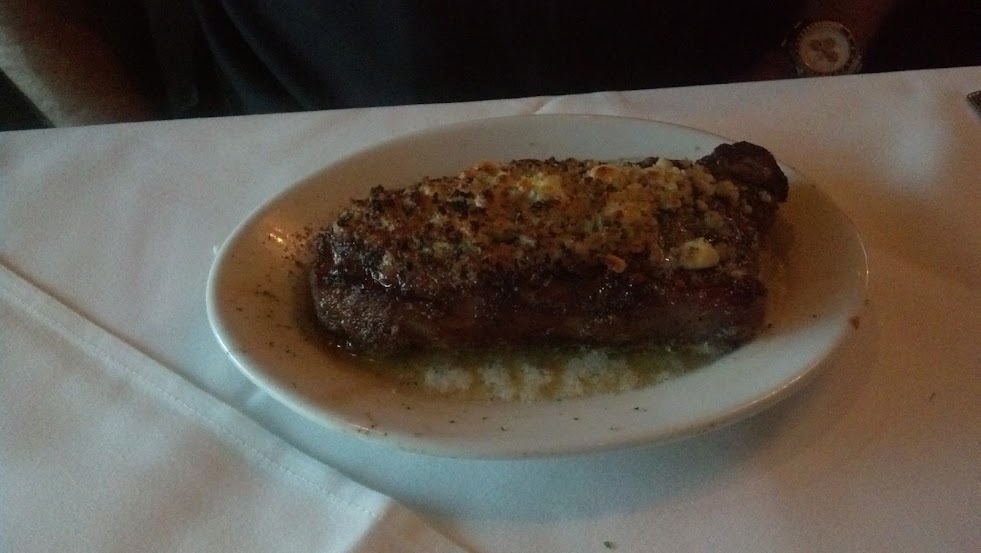 I was craving a t-bone steak. Medium-rare please! 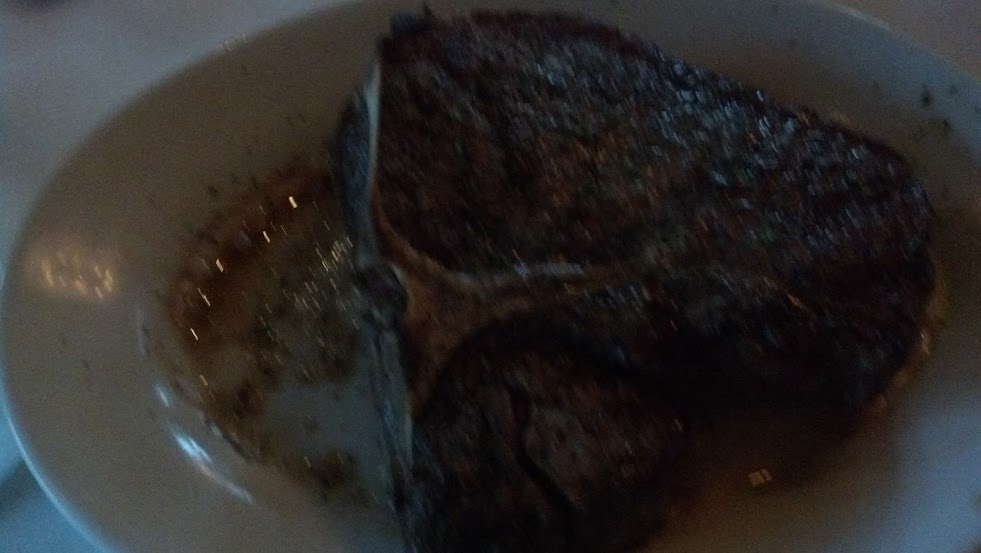 Uh, yeah. That t-bone was huge! I only ate about a third of it.

They usually have a set dessert that they give for free for anniversaries and birthdays but our server was really nice and let us choose whatever dessert we wanted. The Mister chose the Caramalized Banana Cream Pie. 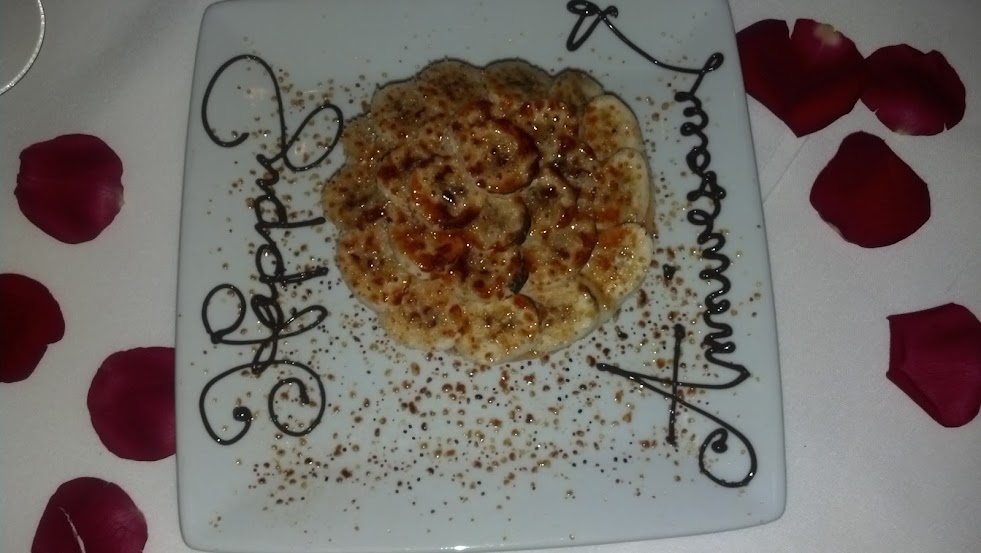 This was just okay but the Mister was in the mood for some kind of banana dessert since we were talking about banana fosters. The bananas and cream were decent but the crust bowl that holds everything together was meh.

Nonetheless we really enjoyed our meal and made a vow to come back for another visit soon.